Perhaps the strongest number one seed in the entire tournament could not be felled by the longest remaining match. 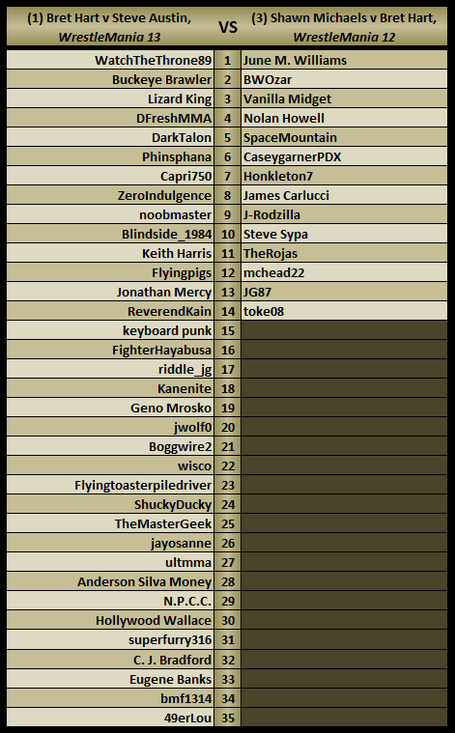 Hart vs. Austin awaits the winner of today's match-ups that will see "Bret Hart vs. British Bulldog, SummerSlam 1992" take on "The Rock vs. Stone Cold Steve Austin, WrestleMania 17."