"Randy Savage vs. Ricky Steamboat, WrestleMania 3" has advanced to the Final Four in the Cageside Seats Greatest Matches Tournament.

Although there were three separate Shawn Michaels vs. Undertaker matches in the Cageside Seats Greatest Matches Tournament at the start, none of them made it to the Final Four.

That's because "Shawn Michaels vs. Undertaker, Badd Blood 1997" ran up against "Randy Savage vs. Ricky Steamboat, WrestleMania 3" and lost by the narrowest of margins, 27-26.

Missed it by that much. 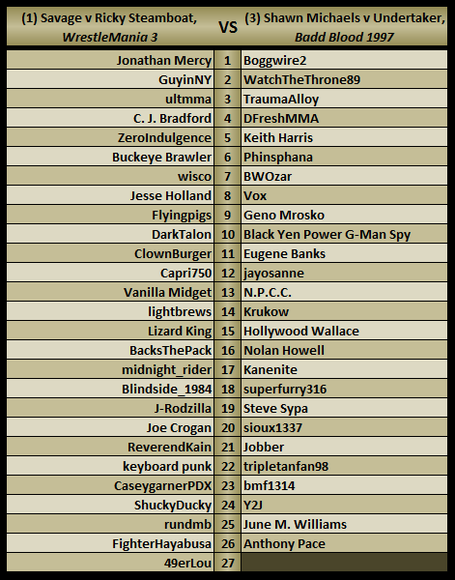 This means Savage vs. Steamboat will take on "CM Punk vs. Samoa Joe, Joe vs. Punk II 2004" for the right to advance to the final next week
.