It was a close battle but the first entrant into the Final Four of the Cageside Seats Greatest Matches Tournament will be "CM Punk v Samoa Joe, Joe vs. Punk II 2004" after the first match-up of the Elite Eight round saw it defeat "Royal Rumble 1992" by a final tally of 23-18. 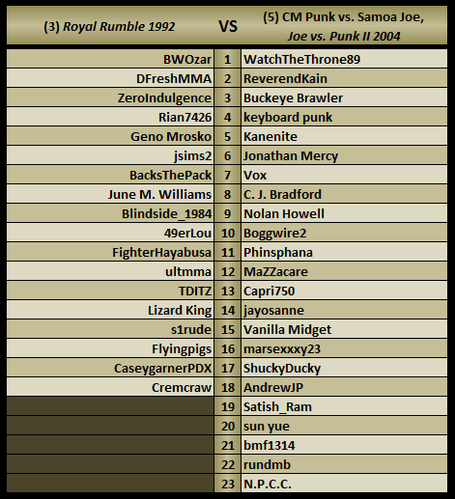