"Bret Hart vs. British Bulldog, SummerSlam 1992" takes on "Kurt Angle vs. Shane McMahon, King of the Ring 2001" in the latest match-up in the Cageside Seats Greatest Matches Tournament.

Kurt Angle vs. Shane McMahon, King of the Ring 2001 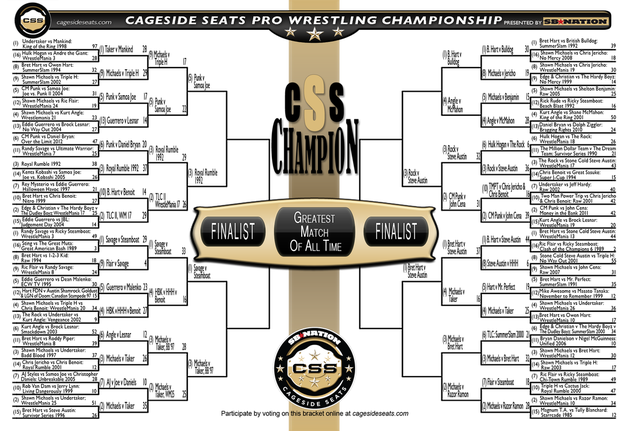