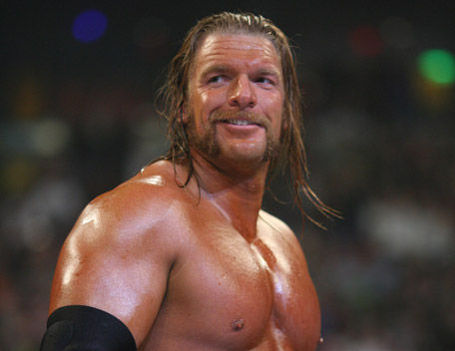 It's been a wild couple of weeks for the WWE Universe.  CM Punk stunned the fans with great promos, then dethroned WWE Champion John Cena in a stellar main event at Money in the Bank.  Money in the Bank was a great event overall, and was just about as satisfying as anyone could have imagined it being.  Tonight, Raw delivered after a bit of a slow start.

Vince McMahon announced that there would be an eight man single elimination tournament to decide the new WWE Champion, and that John Cena would not be participating.  The night was nearly back to back action from start to finish, with solid matches all around, but the crowd wasn't too hot the first half of the show.  It seemed like the WWE would go the straightforward route again, with Del Rio cashing in his Money in the Bank briefcase against the winner of Rey Mysterio vs. The Miz...but Vince McMahon had other plans.  With ten minutes left in the show, Vince made his way to the ring, and told Rey that he had to postpone the match in favor of handling the situation with John Cena, telling Rey that, "No one is bigger than the WWE."

With Rey leaving the ring, Vince called down Cena, prepared to fire the WWE's number one superstar.  John Cena took hold of the mic immediately, and cut one of his best promos in recent memory, telling Vince that he truly loves what he does, and that if Vince forces him to walk, he'd have no problem walking right on to "someone else's show, brother!"

Vince was heated and ready to unleash hell on Cena, but in what was a bigger shock than even Daniel Bryan winning the Smackdown Money in the Bank match, Triple H's music hit, and The Game made his way to the ring in business attire.  It was readily apparent that HHH was troubled, and after trying to convince Vince to step backstage for a discussion that couldn't wait, he struggled to drop this massive bomb on McMahon, and the WWE Universe.

HHH said that the board of directors had met, and agreed that Vince's recent decisions were troubling.  Not only did the board of directors agree, "the family" agreed as well, and HHH informed Vince that Cena would not be fired, and that the Chairman of the Board was being relieved of his position, and replaced by none other than The Game himself.  McMahon broke down in tears, and HHH was equally distraught.  HHH said "I love you Pop," and left the ring, where McMahon paced around the ring, and the show came to a close.

Could The Game be the game changer that the WWE Universe has been craving?  We have no idea what HHH's stance will be on CM Punk, or the state of affairs in general, but the possibilities are vast, that much is certain.