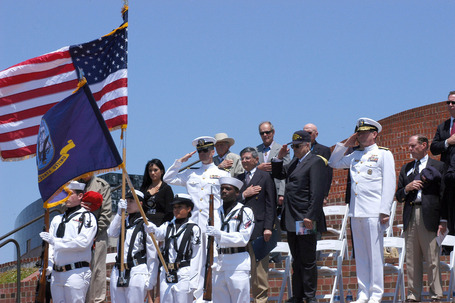 Happy Memorial Day! This is a holiday that is very special to me. If you know a soldier, please call them today and say "Thank you". They have dedicated years of their lives and many times put their lives on the line for America. So, I want to say Thanks for all you have done for us.

WWE also supports the troops and tonight I expect to see a tribute of some sort. Also Kharma will have an announcement as to why she may miss around 9 months or so. I really want to hear how they will explain it. I also am very interested in seeing what is next for The Miz. Will Riley stick around and feud with him? I think that could be a great feud. CM Punk has vowed to make New Nexus a force. They claimed the tag titles last week. What is the next step? What will happen with Kane now that The Big Show is injured? There are a few stories brewing and I can't wait for the show to begin.

Raw kicks off tonight with a tribute to the troops that have passed. Nice.

They come on the air and R Truth is flipping out. I don't have volume but this is good stuff. They get things together and R Truth is talking about a conspiracy theory. So many people wearing John Cena T shirts. It seems like everyone is wearing Cena T Shirts. The volume is not matching the video, but Truth is irate. Out comes Cena. He tries to talk to Truth, but he doesn't want to hear it. He feels everyone is conspiring to keep him down. Now they want to set up a match but the GM chimes in. Tonight's main event will be Cena vs Truth. But he says on "Jimmy's" will be allowed at ringside. Whatever that means.

Tonight Kharma will tell us what happened last week. I REALLY like Kharma, did i mention that?

Up Next: Dolph Ziggler vs Kofi Kingston.

Dolph Ziggler vs Kofi Kingston Nice technical start to the match. But Cole and Lawler are more interested in Vickie. I think she has lost a lot of weight. not sure why Lawler picks on her so much. Nor why Cole keeps bring her up. Coming back from break, Dolph is in control and the crowd is behind Kofi. I like both of these guys and they are putting on a decent match so far. Kofi is setting up Trouble in Paradise. but he misses and Dolph tries for the sleeper. Close. Kingston misses a top rope cross body and Dolph only gets a 2 count. Dolph wins with the Zig Zag countering the SOS. . Winner: Dolph Ziggler

Now Ricardo Rodriguez announces Alberto Del Rio in what has to be the best entrance in WWE today. His Name is Alberto Del Rio, But you already knew that. Then they show a clip from last weeks altercation with Kane and Big Show. It's funny how they make Show sound like an animal. Del Rio says Big Show brought this on himself. He says he will send Del Rio the bill. He also said get well soon. Great segment. I like Del Rio.

Cole is in the ring. He says the anonymous GM resigned Riley so he is back on the RAW show. They show a clip of last week when Riley destroyed The Miz. Now out comes Riley. Cole wants to know how Riley could do it. The Miz was like his Daddy, funny. Cole ask if Riley was ashamed of himself. Riley said he feels great. Cole called Riley a bastard and Riley snaps. As Riley is attacking Cole, The Miz comes out and attacks Riley. Riley fights Miz off and he is beating him like a government mule. The Miz runs away through the crowd. Riley is either looking strong or The Miz is looking weak.

CM Punk w/ Mason Ryan vs Rey Mysterio Match is starting off okay. A of the usual spots from a Mysterio match, but they go to commercial during the match. Coming back from break, Punk is still in control. A few nice chances for Rey, but he can't get it done. Punk hits a kick that knocks out Rey. Winner: CM Punk

Now we finally get to see what is going on with Kharma. Ever since she was a kid she had 2 dreams. 1 was to be a WWE superstar. She applied to Tough Enough 2 but Jim Ross said she was too fat. She worked her way from Japan to other promotions then to WWE. 2. Is to have a child. She is pregnant. and can't have any physicality. The Bella's come out pick on Kharma and now they are on Kharma's list. I don't understand Lawler though. He sticks up for Kharma, who is way bigger than Vickie. Whatever.

Now they have a skit with Obama, like he really would go to Capital Punishment.

Jack Swagger vs Evan Bourne With the way Evan was destroyed last week, I just don't see this as a feud. I guess getting kicked after a match is a big deal. Jack is in full control of this match. Bourne need to get lucky, he has been buried a lot and this would be huge. Swagger is toying with van Bourne, but Bourne get a roll up for a win. Winner: Evan Bourne

John Cena vs R-Truth I love that Truth doesn't have any music anymore.That bit was funny too bad it was mess up. The match is under way and I just don't see how Truth can win. Truth keeps leaving the ring to jaw with the fans. Cena goes to chase Truth but R Truth out thinks Cena to win via count out. Winner: R-Truth