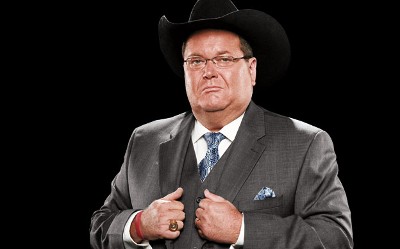 Before the big UFC 130 event begins tonight, WWE announcer and big UFC fan Jim Ross shared some thoughts on the PPV (as well as the usual insight to WWE happenings) at his blog, as usual, his thoughts are on MMA are an interesting read:

UFC 130 is tonight on PPV and plans are to watch it in the Ross household. It's not the most provocative UFC card that we've seen but it seems to have significant fire power to make it a good PPV investment. In hindsight, if I had a better idea of my upcoming travel schedule, this would have been a cool weekend to spend in Vegas with the Mrs.

Rampage Jackson is a 5-2 favorite over deaf, MMA fighter Matt Hamill and is obviously the pick of many of the experts. I don't think it will be a layup for the Memphis native and life long fan of Jerry Lawler especially if he comes in either not in top shape or not motivated because Rampage might perceive that Hamill isn't a 'big star.' Hamill is a great story and has the skill set to upset Rampage. We'll see tonight as this one has a knockout or stoppage written all over it.

Perhaps I just missed it but I would have enjoyed seeing what I perceive would be have some entertaining, pre fight banter and hype between the usually talkative Frank Mir and Roy 'Big Country' Nelson whose mullet rivals ESPN hockey expert Barry Melrose pronounced hair style sans the quart of gel.

This heavyweight tilt likely won't go the distance either and if in Vegas I would prop bet a knockout if available.

Hopefully there will be some break through performances on the under card and the announcers will tell us casual fans who the fighters are, why we should emotionally invest in them and why their fights tonight are so professionally and personally important.

I am a major UFC fan as many of you know and I'm told that that many celeb's including Hammer, Vanilla Ice (testing your memory), rapper Lil Jon, funny man David Spade ( Who has a great HBO comedy special now airing), and NFL notables Larry Fitzgerald and Warren Sapp will be attending the event that is a near sell out at this time.

Each time I post one of these J.R. quotes, I get closer and closer to buying some of that BBQ sauce.