Share All sharing options for: Shane Carwin and Kurt Angle Linked to Steroids 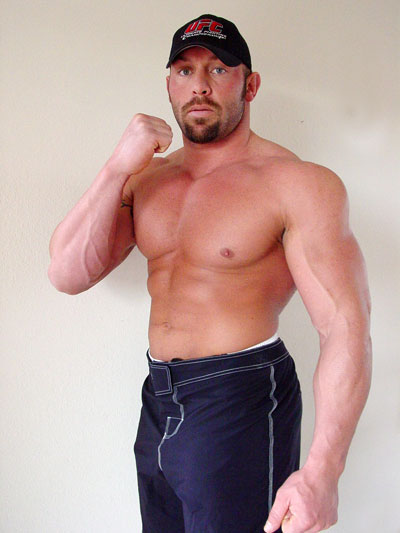 In an article about J.Michael Bennett being sentenced to prison for his role in "a nationwide conspiracy to illegally sell anabolic steroids," it was reported that during the trial a few names came up that are very familiar to us in the pro wrestling and MMA world. From the previously linked article:

Well, it's no surprise that once again there are wrestlers accused of steroid usage. But, as big as he is, we have never heard Shane Carwin's name linked to any kind of steroid usage. I really wonder what will happen in the coming days regarding this issue. I tweeted Shane to ask if he had any response to that article and have yet to hear back from him. I'll update the page if he responds to me.

Dana White is in a difficult spot here. What kind of publicity will this bring to the UFC? A lot of people are already looking for a good reason to launch an attack against them; this might provide exactly that. Carwin just recently lost to Heavyweight champion Brock Lesnar, another guy that plenty of questions have been asked regarding steroid usage. I look at it like this. I assume that steroid usage is happening by everyone in all sports. We constantly see guys getting popped for it and I know it does no justice to those that stay clean but we have no way of knowing who is doing it and who isn't. Testing in most sports is a joke and there are too many ways to beat the system. For my own sanity I just assume they are all doing it and try to forget about it.

Re: the Carwin story ... Carwin, thru his manager Jason Genet, has no comment now, but says he'll make a statement at a later time.

Which probably means they are too busy coming up with a good way to spin this to actually release an honest statement now. More as it becomes available.

UPDATE Part Deux - Here is a chart that shows the types of steroids used by each guy and the time frame. The names are abbreviated.

I'm counting 8 pro wrestlers on that list. Who wants to start taking a crack at who they are based on the initials given?

UPDAT3: Zaromkis at the Sherdog forums noticed something interesting:

Then, no fights for 5 months.

Then doesn’t fight again for over a year.

UPDATE 4 - Dana White reportedly told Kevin Iole of Yahoo Sports that he is aware of the story but had no other information and declined further comment.