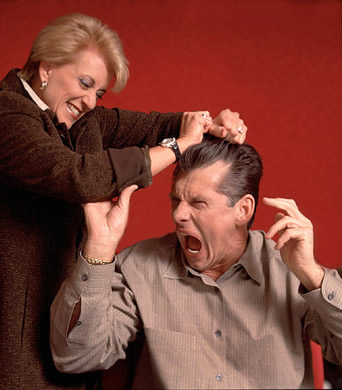 This Fanpost has been promoted to the front page.

For the most part, I don’t believe that society should tell adults what they can or cannot do.  If you want to be a professional mixed martial artists and understand the inherent risks that come with it, go for it.  It is your life and body so do what you want.  Who am I to tell someone they can’t do what they love to do.

But there are exceptions to every rule.  Sometimes when these activities become addictive (in a bad way), society needs to step in and tell or make that person to stop.  Take Robert Downey, Jr. for example.  The man loved drugs more than anything, but his addiction became so bad that society, mainly law enforcement and the legal system, had to step in and make him stop.  The man needed protection from himself because he couldn’t get over his drug addiction.  It took a few attempts by sending him to jail and rehab, but it seems he finally got it and I think we are all better off for it.

This is why I believe pro-wrestling needs a commission, like the athletic commissions that regulate combat sports, to regulate and license pro-wrestlers.  It’s clear that these guys can’t stop.

If you have followed pro-wrestling at all, seen the documentary "Beyond the Mat" or seen the movie "The Wrestler" you know that pro-wrestling can be active as any drug.  Most of the time, it isn’t even the wrestling itself that is addictive.  It’s the life-style, the money, the fame, the drugs or that adrenaline rush they get when they first come out from behind the curtain (usually a combination of everything).  This addiction is why you see so many wrestlers still going at it well into their 50’s and beyond.

Ric Flair was supposed to be retired after Wrestlemania XXIV but the 61 year old is still at it with TNA.  Scott Steiner is still at it at 47 working for the Puerto Rico based promotion World Wrestling Council.  And I don’t think I need to mention that Hulk Hogan is still running wild.  There are many, many more cases of wrestlers they keep wrestling well into their twilight years or even when their bodies can’t take the abuse anymore.  At some point, someone has to make these aged and battered wrestlers retire or transition to non-contact activities within pro-wrestling.

In boxing or MMA, there’s a point whether it is their age or the beating fighters have taken over the course of their career when the Athletic Commissions won’t license them to fight anymore.  Wrestling needs this as well.

Every five years or so, pro-wrestlers should have to appear before an athletic commission and pass the following tests to be licensed:  Full physical including an Ophthalmologic Examination and a Neurological Examination, a drug test and psychological evaluation.  These simple tests could cut down on wrestlers dying in their late 30’s/early 40’s and may even prevent more Chris BenoIt-like incidents.  If a pro-wrestler can’t pass these tests, then they have the option of transitioning to non-contact pro-wrestling activities (announcer, manager, etc) or get a new line of work.

A lot of people will say that the wrestling promotions need to step in and make wrestlers that should no longer be wrestling stop.  But just like in boxing and MMA, there are very few promoters willing to do that if they can still make money off the wrestler.  Vince McMahon is notorious from getting every drop out of his wrestlers before he kicks them to the curb.  We are a capitalist society and that is capitalism 101.  Others will say wrestling isn’t a sport therefore it shouldn’t be subject to regulation.  Consider this, in the film industry, if want to have an actor that is a horrible drug addict in your movie, good luck.  Chances are that actor is going to be the reason why the insurance companies doesn’t insure your production and your movie will never get made.  If that drug addicted actor wants work, he will need to clean up his act.  This may not be official regulation, but it can be very, very affective.

There are a lot of pro-wrestlers out there that can’t stop themselves from lacing up their boots even if they are almost senior citizens or if their bodies don’t want them too.  There has to come a point where society stops watching the car crash and decides to stop them from happening.