Randy Couture moving to 205 would be POINTLESS

Share All sharing options for: Randy Couture moving to 205 would be POINTLESS 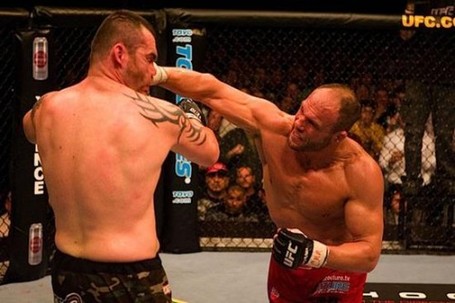 I'm a Randy Couture fan. I really am. So please, don't take what I'm about to say as an indictment against Captain America personally so much as me calling it like I see it: Randy Couture moving down to the light heavyweight division would not only be a complete and total disaster, it would also be incredibly dumb. He is no longer the same guy that we saw dismantle Tim Sylvia and end the lumbering jackass's reign of terror. He's old now. I mean, he's really old. He's been old chronologically speaking for years now, but in the last year he's shown that he's now old as a fighter too. Read more of my middling opinions for you after the jump. 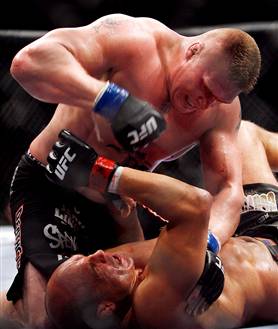 When it came out that Randy had signed a new 6 fight deal with the UFC all I could do is shake my head in astonishment. Why? What is he trying to prove? Certainly he can't stick around in the heavyweight division. Who would he stand a chance at beating? Frank Mir? Possibly, but I'm not sure I'd be willing to pay to see it. Ditto for Cheick Kongo. Cro Cop would make for a slightly intriguing matchup, but at this point no one is sure what he has left either. We all saw what Brock was able to do him and it stands to reason that Carwin and Velazquez could do the same... or worse. There simply is nowhere for him to go in the heavyweight division. So, he simply HAS to move to light heavyweight, right? Not so fast, Sparky. 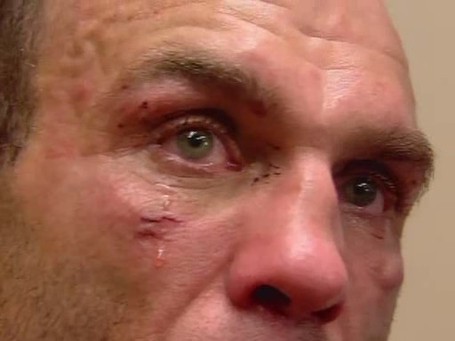 If he can't hang in the UFC's mediocre-at-best heavyweight division what chance does he have of making a dent as a light heavy in a division that is STACKED? None, n-o-n-e. Who does he have a legit chance of having a good fight with? Yet another matchup with fellow washed-up-fighter-in-the-making Chuck Liddell? OK, people will probably pay to see that. But then what? Put him against any of the guys at the top of the division and it'll be an ass whipping of biblical proportions. Machida would pick him apart and make him look old and slow. So would Rashad and Shogun. A properly focused Rampage would knock him into next week. Hendo would be an interesting fight, provided they'd fight each other. Forrest would probably beat him. A rematch with Tito? Meh. A legends fight with Mark Coleman? No thanks. Wandy? Eh, maybe. I can only see one, maybe two money fights waiting for Randy as a light heavyweight, and I see no way in which he could possibly win either one. Does anyone really think he'd stand a chance against Anderson Silva? How much money would a man in his late 40's with a string of losses really be worth to the UFC? The man is a legend, and the last thing I want to see is him losing to the Keith Jardines and Matt Hamills of the world or cheapening his legacy by fighting a bunch of tomato cans.

So if he doesn't stand a chance as a heavyweight or light heavyweight, where does that leave him? Hopefully retired. It's the next logical step for Randy to take. It's too bad that it's a step he has no intention on taking anytime soon. 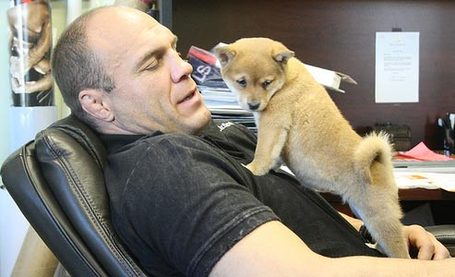