Who is being rumored for the WWE Hall of Fame Class of 2010?

Share All sharing options for: Who is being rumored for the WWE Hall of Fame Class of 2010? 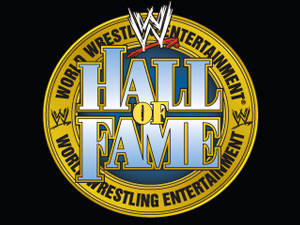 We have the latest scenarios and names....after the jump!

The latest word coming from backstage at the WWE is that many feel that they would like to induct The Rock sooner, rather than later, and that this year may be the year to pull the trigger. However, even more within the company feel that the HOF has actually become a big enough event with fans that you don't necessarily need a huge name every year, and that they could induct a class of deserving wrestlers from the past this year that wouldn't necessarily get over with the average fan watching at home, but they could then have big names do the introduction speeches for the inductees.

As far as actual names being thrown around, it seems to be the same story every year. Randy "Macho Man" Savage, Bruno Sammartino, the Ultimate Warrior, Owen Hart, and the Honky Tonk Man are the most popular, as they have been in the past. Interestingly enough, there is actually a big push from some in the office trying to get McMahon to bury the hatchet with Savage and get the HOF deal done.