Hart Dynasty: Tag Team Says They Should Be on WWE Breaking Point PPV

Share All sharing options for: Hart Dynasty: Tag Team Says They Should Be on WWE Breaking Point PPV 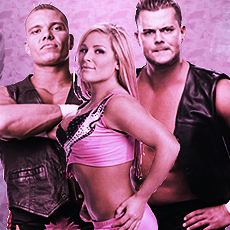 The Hart Dynasty was not happy with being left off of SummerSlam this year.  Now they are letting the WWE know, publically (in an interview with The Sun) that they expect to be on the next show.

"I think that Breaking Point is almost tailormade for us — I don't know who came up with the concept but it was like [the creative team] were thinking of us.

"I couldn't think of anything that's more catered to The Hart Dynasty than Breaking Point in Montreal.

"All the matches have to be won by submission and we are submission specialists. It's in our backyard. I don't know how this show could be catered to us any more than that."