Share All sharing options for: 2009 NWA Hall of Fame Class 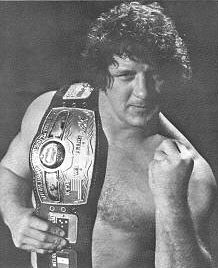 While Bix and Kurt Brown are busy discussing the Wrestlign Observer Hall of Fame, another Hall is expanding. According to Pwinsider.com*, the following legends (and Dennis Coralluzzo) will comprise the 2009 NWA Hall of Fame:

OF these names, Orndorff is the most questionable.  He was a fitting WWE Hall of Famer.  His best years were there and he lit the territory on fire with Hogan in 1986.  I don't think his work in Florida or Mid South for the NWA was at that level.

*PWInsider.com is notorious for viruses and other malware.  We will not link readers there.  Travel at your own risk.