Is Chris Hero the next ROH star headed for the WWE?

Share All sharing options for: Is Chris Hero the next ROH star headed for the WWE? 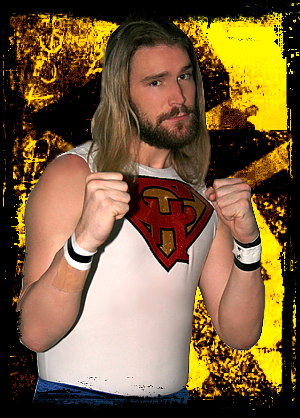 Chris Hero has been rumored to be WWE bound ever since the signings of Bryan Danielson and Nigel McGuiness. At the time of said contract signings, word going around the locker room was that the WWE was focused on signing away as many as 10 wrestlers off  Ring of Honor's talent roster as a warning for ROH's HDNET show moving to Monday nights. While Danielson and McGuiness would top the list of any wrestling fan for "Wrestlers ready for the big stage", Chris Hero would not be far behind.

Exactly 17 hours ago (at the time of this posting), Hero updated his Twitter page:

When someone in wrestling denies something, you almost automatically think that they're lying. In this instance, I have to believe him. I've never drank the CH Kool-Aid, and I figure the only way the WWE would be interested is to put him in a tagteam with Sheamus in some kind of pasty skin gimmick.