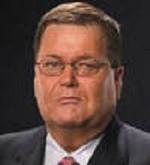 Jim Ross on his BBQOMGHOSS blog confirms that he knows more about MMA and how UFC is run than most fans do, regardless of how they talk. What he talks about speaks as to why Strikeforce and other MMA promotions have such a hard time doing and staying in business; they rely on their talent too much. There is a reason why people are still PRIDE fanboys and why people aren't fans of MMA, they are fans of Ultimate Fighting.

The UFC brand is bigger than any individual star on its roster and smart companies always keep themselves in that position.

Any talent in pro wrestling or MMA who feels that they are bigger than the brand for which they work and are more important than the team on which they play should be quickly facilitated to play elsewhere.