Share All sharing options for: Jim Cornette returns to ROH 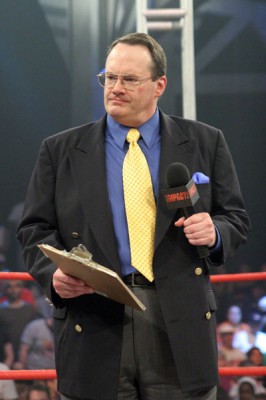 Tonight at ROH's show in Manhattan, Jim Cornette returned to the promotion after being fired by TNA. According to The Wrestling Observer website  Cornette had this to say about Vince Russo.