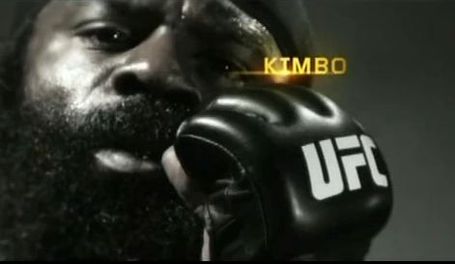 I think that it is impossible to start any discussion about this episode and probably this whole season without bringing up the fact that there is one potential good fight, and it is happening next week. This episode ended with Rashad on the mats picking the next fights, which I always thought was a beginning of the episode thing, until they announced who it was. Kimbo Slice vs. Roy "Big Country" Nelson. I think most people are just going to count Kimbo out immediately, but the truth is, Big Country has been knocked out before by a guy with a pitiful ground game and good hands, and Rashad brought this up; Andrei Arlovski. 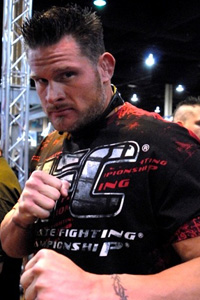 Last night's show started building up the tension in the gym, with Roy Nelson, the most experienced man involved with this show other than Rampage, kind of doing his own thing and not listening to the trainers. Nelson more or less does as he wishes, cracks jokes, and "disrespects" Rashad and the Team Jackson crew until the threat comes to send Nelson to the other team (which would be the dumbest move in the history of TUF). When that, obviously, doesn't phase him, Rashad brings up his loss to Arlovski, which seems to turn things around. Surprisingly, Nelson didn't say "Machida." TUF is classy.

The fight Rampage chose was, well, questional. He chose Rashad's #1 pick and gym-mate James McSweeney to fight his big man, Wes Shivers. McSweeney, a kickboxer who could fight easily at 205 against Wes Shivers, former NFL player who is just a giant of a man. I think after this fight a whole new world in the gym will open up to Shivers; the cardio machines, because wow, was his cardio embarassing. Tank Abbott fares better, cardio-wise than he did. What is embarassing, as well, is that McSweeney, a "professional fighter" had just as bad cardio. McSweeney did channel Remy Bonjasky a few times with some jumping kicks, but he sadly had no power behind any of them, nor could he reach the big man's head.

Save us, this season has just started.