How Dustin got his Groove Back

Share All sharing options for: How Dustin got his Groove Back 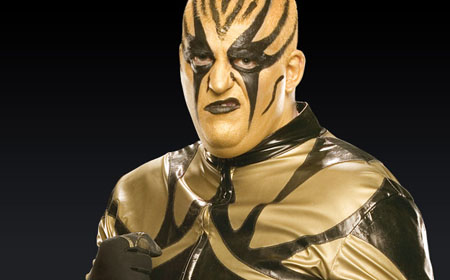 A year ago Dustin Runnels was a wrestling afterthought. Today he just might be the most valuable wrestler on the WWE roster. Why the sudden change of fortune?

When healthy and focused there are few better in the world than Dustin Runnels. Charismatic, ring savvy and an incredible actor, Dustin has always had the tools to be a major player. Yet somehow, someway, the pieces have never seemed to fall into place for him. Now, at the age of 40, he could possibly be making one last run at being the main event star that many people predicted he would be almost 20 years ago. His career is nothing to be ashamed of as it stands today. Multiple time Intercontinental Champion. Tag team championships with legends Ricky Steamboat and Barry Windham. Owner of possibly the most polarizing gimmick ever. Not bad for a man having to live in the shadow of his legendary father. Injuries and personal issues have held him back in the past. Now as the veteran presence on ECW he has settled nicely into the role of "miracle worker", the guy you can rely on to have a good match with all of the young guys. It's nice to see a guy whose career should have been greater get one more (last?) shot at glory. Could a promotion to Raw or Smackdown be far away? Could the long rumored program between Goldust and John Cena end up happening? What are your thoughts on the resurgence of The Bizarre One?