Share All sharing options for: Jim Ross on Bryan Danielson 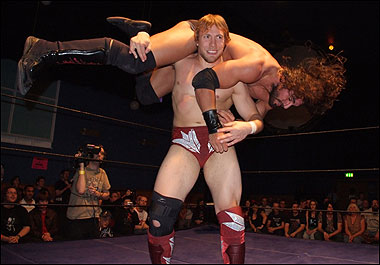 On JR's blog, updated today, he had some comments on Bryan Danielson and his future in the WWE.

"Speaking of Dragon Gate, Bryan Danielson will also be signing at that event and wrestling. Bryan, trained by HBK, has apparently agreed to a deal with WWE which is a smart move on the WWE's part. I think Danielson should have been signed long ago but that's just one man's opinion... I have no clue as to what WWE brand Danielson will migrate to first but it would not surprise me to see him hang his hat in ECW. For the record, that's not an official declaration but merely an opinion. WWE honchos could bring Danielson to Smackdown and it wouldn't hurt my feelings. I'm just saying."