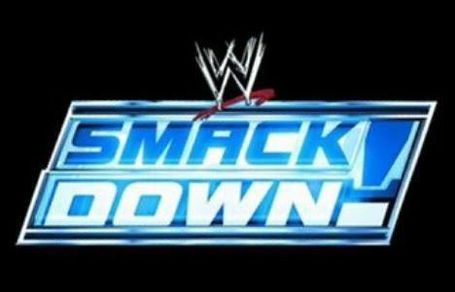 Batista comes to the ring and says that he wanted to be on Smackdown  and Smackdown is the number one brand .(Oh noes!) Jericho interrupts and is all acting like a heel (like heels tend to do) till Batista attacks him and we have our main event match for later in the night.

In the back Jericho tells the Big Show that he is "The best at what he does but what he does is not very good". Just like that other guy from Canada, Wolverine

Coming up a interview with WWE Referee Scott Armstrong ! (They can say the Ref's name now?) They better play the Armstrong family WCW music.

John Morrison pinned Mike Knox after the Starship Pain. Then Morrison calls Ziggler "Mr. Ziggells" sounds like someone from one of those "Mr Happy" books.

We go to the Armstrong interview. In it we learn from  him that Armstrong's family is the reason for his season.We also learn that Scott was ordered to help Punk beat the Undertaker last Sunday.  Yo Scott that whole "we were just following orders" bit would not help you if you were on trial at Nuremberg.

In the back Vince tells Teddy Long to get his ass to the ring and explain why he screwed the Undertaker.

Teddy comes to the ring and much like Armstrong goes into the whole "We wuz just following orders I haves a family I need to feed" bit. Long goes to the back and into his limo but har har the Undertaker is the one driving the limo!! Taker takes off with Long in what can only be though of as a tea- bagger based hate crime.

In the back Melina and Maria in perhaps a tribute to Guiding Light on the day of it's last episode gives us bad Soap Opera.

The Great Khali vs. Kane ended without a winner announced When Kane took a chair and beat the shit out of Khali's leg. Unlike Big Show, Kane did not fall down afterwards.

Charlie Haas (He is on Smackdown?) comes out for a match with R-Truth. Drew McIntyre  alsocomes out and says that R-Truth had a little accident and would be unable to compete tonight which means that Haas wins McIntyre shakes hands with Haas, but then kicks Hass's ass after he turned his back like a moron.