What the pundits are saying about Linda McMahon

Share All sharing options for: What the pundits are saying about Linda McMahon 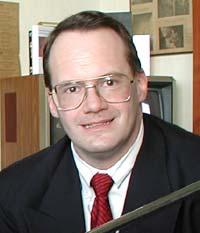 In a post by Bryan Curtis at The Daily Beast, legendary wrestling manager Jim Cornette does not seem happy at the prospect of Linda McMahon, the wife of WWE frontman Vince McMahon,  joining " The world's greatest deliberative body".

“The idea that Vince McMahon could be in the vicinity of one of our lawmaking bodies just frightens me,” says former wrestling announcer Jim Cornette

The Beast makes the case that McMahon is a serious candidate for office, running down her resume.

It was Linda who took the title of WWE CEO in 1994, after Vince was indicted on federal drug charges for distributing steroids (he was acquitted); Linda who calmed nervous investors after their 1999 IPO; Linda who oversaw massive campaigns like the WWE’s “Smackdown Your Vote!” registration drive, which culminated in Barack Obama and John McCain recording appeals last year on Monday Night RAW. McMahon used her spiffed-up image to gain a seat on Connecticut’s state board of education in 2009, despite the wails of one state representative who accused her of “harm[ing] our youth and society and our quality of life.”

Not everyone is so sure.

Action Packed  Ben Smith makes the inevitable comparison to a certain California governor's rise to power. He wonders if the circumstances are really all that similar: "The broader question -- and an interesting one -- is whether there's space in East Coast Republicanism for the kind of unapologetic embrace of sex and violence that Arnold Schwarzenegger's past brought to the governorship of California. (McMahon, of course, doesn't have Arnold's field-clearing glamor, and is a longshot by any standard.)"

Stay Tuned  Chris Cillizza gives a solid general overview of the current status of McMahon's entry into the race, highlighting the main pros and cons: "It remains to be seen how serious a candidate McMahon will be and how her candidacy will affect the current field. Her ability to self-fund forces the other candidates to take her seriously but her association with a company that has built its success on excess will be a major liability."

You can see a summary of what people in the political punditocracy world think about Linda McMahon's run for Chris Dodd's Senate seat at the new Atlantic Wire website here.