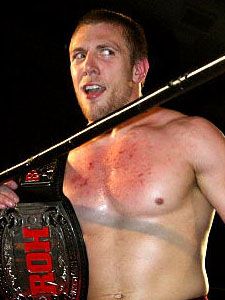 Dragon Gate USA has posted Bryan Danielson's goodbye promo from last weekend's Chicago show. It was Danielson's final appearance for the promotion before leaving for the WWE, and Danielson spent much of the segment putting Davey Richards over as consistently the best wrestler on any given card.

The video, after the jump!