Share All sharing options for: Kenny Florian announces next fight 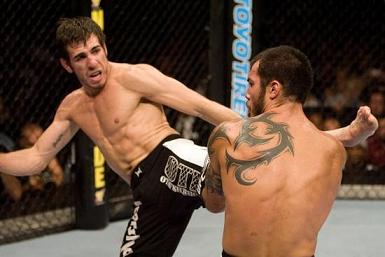 On Wednesday, Kenny Florian announced via Twitter who his next opponent will be.

Kenny Florian will be facing Clay Guida at UFC 107 on December 12. This fight was originally rumored to be taking place at UFC 106, but it was pushed back 3 weeks, the feeling inside UFC being that 106 was already loaded with names. With UFC 107's original Rampage Jackson/Rashad Evans main event recently cancelled, the office is scrambling for fights involving popular names.