Vince is mad at Rey

Share All sharing options for: Vince is mad at Rey 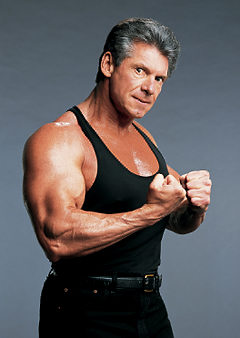 Sometimes it pays to keep your mouth shut when you work for Vince McMahon.

Word coming from backstage at RAW was Vince McMahon held a teleconference with Stephanie McMahon and the other head writers for the WWE. The main focus of the discussion was Rey Mysterio's positive steroid test and the aftermath. Vince made it clear to everyone that he was very upset that Rey felt the need to conduct an interview with a Mexican newspaper in which he made himself out to be the victim.

The punishments that Vince considered were:

Vince is very much in favor of stripping Rey of his mask at this point, with everyone backstage hoping cooler heads will prevail once the two men meet face to face tonight at SMACKDOWN tapings.