After Antonio "Minotauro" Nogueira's technical knockout loss to Frank Mir, many fans wondered whether the former PRIDE star was nearing the twilight of his career.  Prior to the fight, Nogueira had never been stopped, even by the conscensus top heavyweight Fedor Emelianenko, whom he fought to decision twice.  After the fight, details came to light which offered "Big Nog" fans hope, and were seen as excuses by detractors: Nogueira had been battling staph infection before the fight, and was unable to train.  He came into his UFC 92 bout against Mir heavy, but Nogueira has never been the type of fighter to look lean and ripped anyway.  Still, comparing his weigh-in photo from UFC 92 to UFC 102 has to excite his fans...  Comparison photos are after the jump. 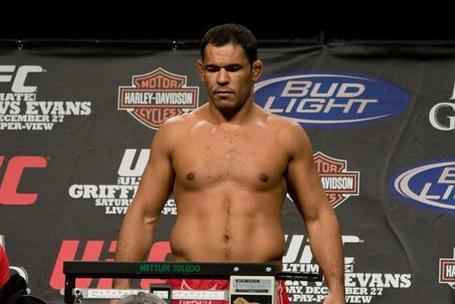 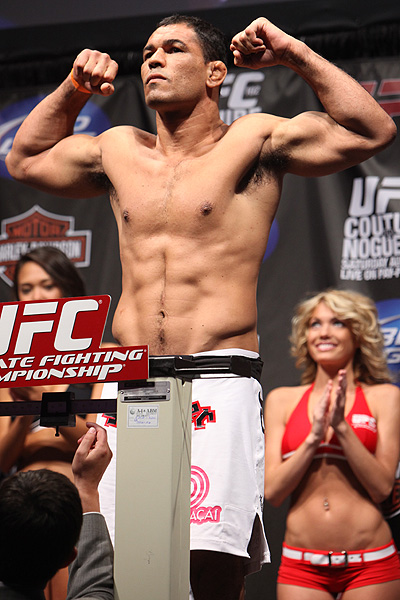 For comparison's sake, here is a picture of Nogueira after a fight in PRIDE: 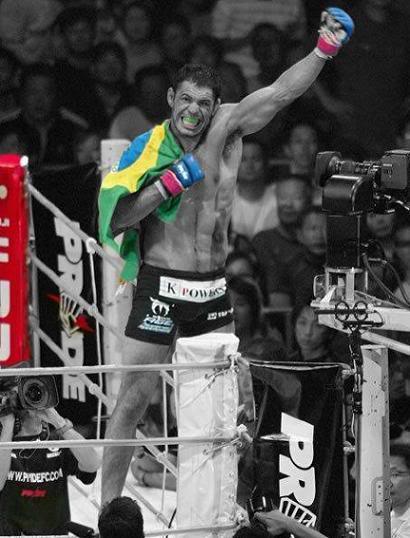