Video: Wanderlei Silva Talks As a Trainer and a Fan

Share All sharing options for: Video: Wanderlei Silva Talks As a Trainer and a Fan 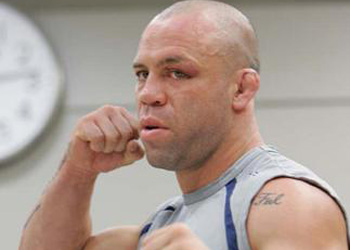 Sherdog.com has an exclusive video interview with fan favorite Wanderlei Silva following the victory of one of his fighters.  Silva gives insight into his life as a trainer, as well as being a fan at UFC 102.  Also of note, this is one of only a few videos after Silva reportedly recieved surgery to remove scar tissue and repair a deviated septum in his nose.  Silva would not comment on the surgery in the interview, but it appears that the swelling is going down, and, to this fan, he looks much more like the old "Axe Murderer" than the scarred version we have recently seen in the UFC.  Click here to watch.