Share All sharing options for: Jim Ross reports on WWE signing Mystico, shows his surly side 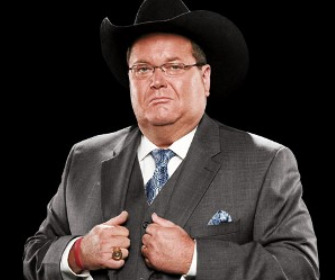 Good ol' JR recently updated his blog at JRsBarbq.com with the news that the WWE has recently signed Mexican lucha libre superstar Mystico to a contract. What followed next was a xenophobic address not seen in wrestling since Vince Russo's days in WCW, and he caps it off by letting that JR bitterness come shining through.

"Saw where WWE reportedly signed Mystico, a talented Hispanic grappler, and here's hoping that he speaks fluent or at least understandable English because if he can't communicate with the English speaking fan base there is only so far any wrestlercan elevate. Any wrestler, especially those where English isn't their first language, who is not working on their verbal skills on their own time is cheating themselves out of cash. Sometimes I wonder how much work some wrestlers actually do when they are 'off' to enhance their careers other than their trips to the gym and the tanning salon. Perhaps a visit to a financial planner or a tax expert would be a good way to invest some time rather than shopping for more 'bling.'"