Parisyan vs Hazelett bout off, Parisyan's UFC future in doubt

Share All sharing options for: Parisyan vs Hazelett bout off, Parisyan's UFC future in doubt 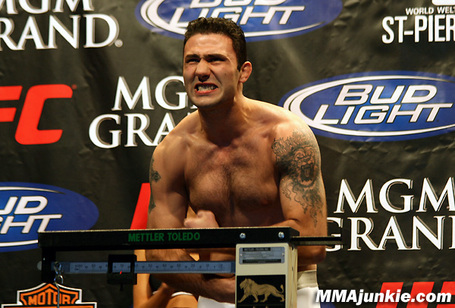 One would think having a nine month layoff due to a drug suspension would give a normal person plenty of time to prepare for a fight. Karo Parisyan is nothing approaching normal. The UFC vet and decorated Judo black belt pulled out of his scheduled fight with Dustin Hazelett one day before the weigh-ins for UFC 106 were to take place. Dana White, who has put up with Karo's nonsense for years, has finally seen enough and announced Karo's dismissal via Twitter:

Karo Parisyan has fucked over the UFC, the fans and his opponent again!!! He will not be fighting ever again in the UFC!!

He offered no specifics at the time, but followed up his previous tweet with this

Pulled out of the fight the day before the weigh ins again with a laundry list of excuses!!! Let the press ask karo why! Let him explain.

So ends the stormy UFC run for a talented but mentally jacked up dude.