Share All sharing options for: Terry Funk to TNA? 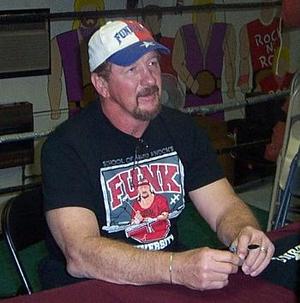 The Wrestling Observer is reporting that TNA is interested in signing legend Terry Funk to appear at next weekend's PPV, BOUND FOR GLORY. Don't worry, they haven't thought of an interesting angle, they just want to crowbar him into Mick Foley's current feud with Abyss.

I have no problem with someone getting a payday, but this is ridiculous. Funk was considered old 20 years ago when he feuded with Ric Flair.