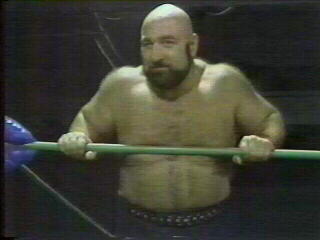 A wrestler like Joe LeDuc couldn't get on TV today. Ugly and brutal, LeDuc was willing to do whatever it took to scare and intimidate the crowd to the point of carving his forearm with an axe. He was a real monster, not some b.s. gimmick thought up by a promoter. Starting out as part of a lumberjack tag team, he and his kayfabe brother Paul won gold all over North America. His real fame came as a singles wrestler with epic feuds against the likes of Jerry Lawler and Dusty Rhodes. The late Joe LeDuc was a legend and one of the true monsters of professional wrestling. Enjoy some of the finest moments of his amazing career.