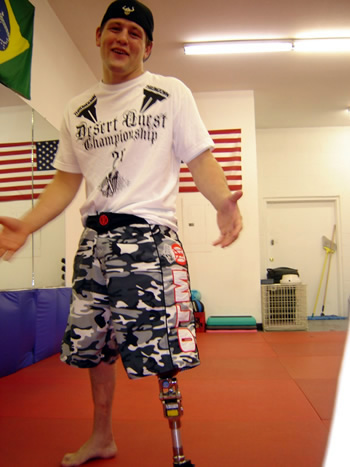 Matt Betzold, who had to have a leg amputated below the knee at the age of six, won his MMA debut Saturday night in Phoenix at a Rage in the Cage show. Fanhouse reports:

He'd been attempting to get licensed to fight an MMA bout since 2004, but was finally sanctioned in August after submitting in writing all his grappling accomplishments, which include an .810 winning percentage in over 120 matches. During the UFC Expo on UFC 100 weekend in Las Vegas, he won the Grapplers Quest bantamweight title in the advanced division.