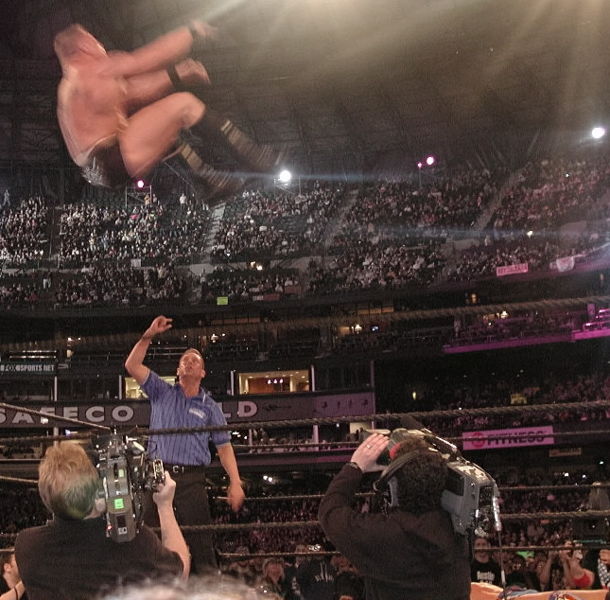 As you know, Brock Lesnar is a ridiculously freaky athlete with amazing agility and leaping ability. He showed this off with his finishing move while in OVW.

While Brock was in OVW as well as doing dark and house show matches on the road for WWE, he used the shooting star press as his finisher. While it's generally a move usually reserved for smaller wrestlers, he executed it perfectly, getting as much height as anyone:

When he was called up to the main roster, the F5 became his finisher as the shooting star press was saved for the finish at Wrestlemania. When the fateful day came, he hadn't done the move in a year and his opponent, Kurt Angle (who was working on a broken neck and went into shock after the match, but that's another story), was farther away from the corner than he should have been. He still went for it, and the result was one of the scariest moments ever seen on a live wrestling telecast:

He somehow avoided breaking his neck but concussed himself. Angle scrambled by covering him for a nearfall and then getting F5ed for the pin. Brock never did the shooting star press again.