Share All sharing options for: Accomplished wrestling journalists apparently unaware of The Simpsons 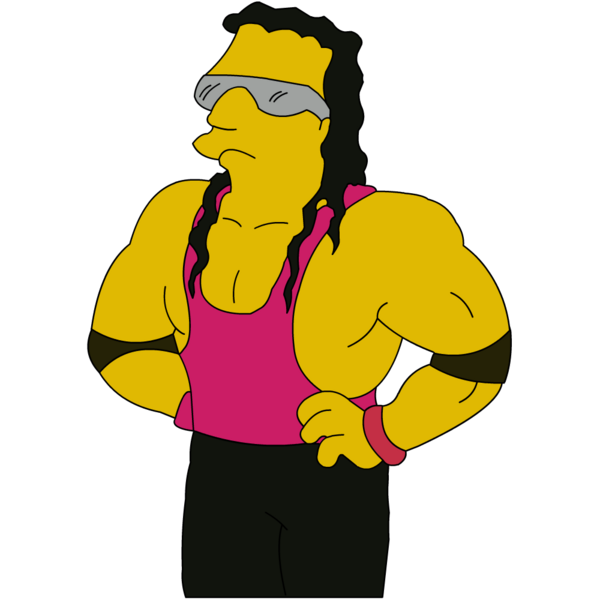 Apparently, during the latest edition of Wrestling Observer Radio, Bryan Alvarez and Dave Meltzer were dumbfounded by an email mentioning Bret Hart's purchase of a mansion in the US from Charles Montgomery Burns back in the '90s. This is a reference to Hart's guest voice appearance as himself on The Simpsons in the April 20, 1997 episode "The Old Man and the Lisa." In this episode, Burns loses his fortune while his house is foreclosed on and sold to Hart, who, according to the DVD commentary, insisted on being animated in his trademark pink & black wrestling gear in a savvy move. After the jump, you will be treated to a message board account of the Alvarez-Meltzer exchange and a video of Hart's Simpsons scene.

As described by "Robert S" at the Death Valley Driver boards:

Apparently Dave Meltzer and Bryan Alvarez have never heard of The Simpsons. A short dialog from the newest WON radio show:
Alvarez: "This person here says back in the 90ies Bret Hart bought a mansion in America from Monty Burns. Did he ever sell it back to him?"
Meltzer: "I thought his mansion was in Calgary."
Alvarez: "I never heard that story so I thought I should ask you."
Meltzer: "I don't remember living him in the US."
and so on

The video is unfortunately from someone pointing their digital camera at a TV as there's no decent copy of the scene online as far as I can tell: