McMahon Not the Only Wrestler Running For Office

Share All sharing options for: McMahon Not the Only Wrestler Running For Office 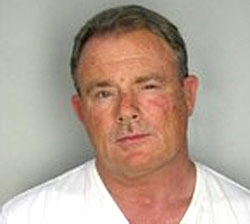 Linda McMahon isn't the only wrestling personality running for office. B. Brian Blair is at it again, running for a Florida House of Representatives seat despite his recent child abuse controversy.

Blair incurred a spate of negative publicity recently when police were called to his home and he was arrested on child abuse charges as result of a domestic argument between him and his sons that turned violent. The charges were dropped, and Blair said he was exonerated, after the state attorney announced the evidence didn’t warrant prosecution on the charges.

One thing about Blair: you know he won't be soft on crime. Look at how he handles business with his own kids!