The State of CHIKARA for August

Share All sharing options for: The State of CHIKARA for August 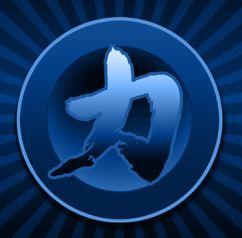 We here at Ring Psychology understand that it may have been some time since you’ve followed wrestling regularly. Perhaps you’re looking to jump back into it, but you’re concerned you won’t understand what’s going on. "Oh no," you may be thinking, "I don’t want to look like a fool in front of my wrestling friends if I can’t tell The Miz from The Morrison!" Don’t worry, we’re here to help! "The State of…" will provide key storyline info and identify the main players of all the major television shows…and ROH, too!

Moving on to the independent scene, next up we'll take a look at the Philadelphia-based CHIKARA. This promotion has been steadily gaining popularity over the past couple of years, and the roster is made up primarily of graduates from The Wrestle Factory, run by head trainers Mike Quackenbush and Claudio Castagnoli.

CHIKARA takes several novel approaches to professional wrestling, and is very unlike most independent promotions you're liable to come across. The wrestlers are mostly masked, and wrestle a hybrid American indie and traditional lucha style. The promotion focuses on multi-man matches and tournaments, such as the King of Trios tag team tournament. In fact, the main title, and only "championship belt" in the promotion is the Campeonatos de Parejas, their version of a tag team championship. The other major title is the Young Lions Cup, an annual tournament for wrestlers under the age of 25 (ahem). Once the tournament has crowned a winner, the Cup can be challenged for during the year until the next Lion's Cup tournament, where a new champion is crowned. Another major element of CHIKARA is its storytelling, with each year starting a new "season" of CHIKARA, similar to a television show. In each "season" there is a main, overarching storyline that is very carefully crafted and resolved at season's end.

Let's take a look at the major players and storylines of CHIKARA!

Campeonatos de Parejas: The current Campeones are The Osirian Portal of Amasis and Ophidian. They are time-travellers from ancient Egypt. (Or possibly future Egypt, like some sort of Stargate situation.) Amasis is referred to as "the funky pharoah" because he dances, and Ophidian is a snake man who really throws himself into the role, slithering around and hissing constantly, as well as using snake-based offense. Ophidian recently broke his arm, so there has been a 90-day hold placed on title defenses. Luckily, CHIKARA's Campeonatos de Parajas defenses work as follows: tag teams have to earn three points in order to challenge for the belts. They earn one point for each tag team match they win. If they lose a match at any time, they lose all of their points and have to start over. At the moment, no team has three points, although there are several teams with two points at the moment, looking for that decisive third win:

- The Roughnecks, comprised of trucker-type Brodie Lee and lumberjack Grizzly Redwood. The size difference between the two men is almost as amazing as the beard difference.

- Team F.I.S.T. of Gran Akuma, who kicks people really hard and recently figured into a big angle on the first Dragon Gate USA show, and Icarus, who does his best to get the crowd riled up on a person-by-person basis before his matches even start.

- The Colony, a team of wrestling ants, comprised of Fire Ant and Soldier Ant.

Young Lion's Cup: The current holder of last year's Young Lion's Cup is Equinox, who is also known by his alter-ego Jimmy Olsen. That is far too long a story to get into here, so I'll leave it at that. The next Young Lion's Cup tournament is actually THIS WEEK, and the tournament consists of 24 wrestlers. Night one features six singles matches, with the winners of those matches facing off in a six-man elimination match in the main event to determine one finalist. Night two is the same set-up to determine the second finalist, and those two finalists will square off in the main event of night three to determine the new Young Lion's Cup holder. The participants are as follows: Hydra, Tim Donst, Lince Dorado, Prince Mustafa Ali, Stinky the Homeless Guy, Colin Delaney, Create-A-Wrestler, Jason Hades, Brendan Michael Thomas, Frightmare, Grizzly Redwood , El Leonino, Soldier Ant, Carpenter Ant, Darin Corbin, Ryan Cruz, Player Uno, Player Dos, Chimaera, KC "Cloudy" Day, Bret Race, Yellow Dog, Shane Hollister, and Trik Davis. The field is wide open, but early favorites are believed to be Donst, Delaney, Dorado, Frightmare, and Player Dos. This weekend should make for an exciting few days.

Main Storyline: The main storyline this year appears to revolve around The Eye of Tyr, a mysterious gem that Ultramantis Black obtained in order to assist his stable, The Order of the Neo-Solar Temple, gain an advantage over the other competitors of CHIKARA. Using the Eye, Ultramantis Black was able to capture and brainwash Delirious. This abduction has drawn the attention of Delirious's former stable-mates Hallowicked and Frightmare. The addition of Delirious has strengthened the Temple but at the same time seems to be driving a wedge between Ultramantis and his right-hand man, Crossbones. There has been a mysterious masked man in a trenchcoat at the last few CHIKARA events, keeping an eye on things from the crowd. Many believe this man to be a paranormal investigator looking for the Eye of Tyr. The Eye of Tyr is said to bring about ruin for anyone who does not give it away after using it. Ultramantis has repeatedly boasted that he does not believe in this superstition, which almost certainly assures his eventual downfall.

There's always a lot going on with CHIKARA, their storylines and lots else. For more info, check out www.chikarapro.com for official updates, event info, mailing list and more, and www.chikarafans.com for the best community of independent wrestling fans you're likely to find.