Silva in a League of his Own

Share All sharing options for: Silva in a League of his Own 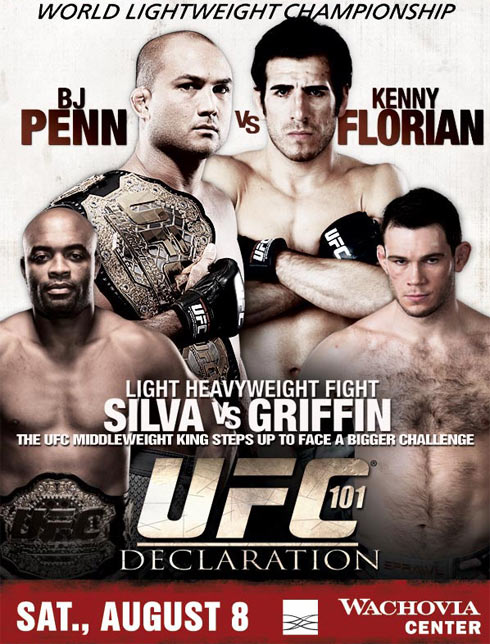 Our own Jonathan Snowden says Anderson Silva must be pretty good to turn the angriest sports town in America into a virtual love-in.

Silva was booed vociferously every time he appeared on camera. Griffin, whose fight with Stephan Bonnar capped off the first season of The Ultimate Fighter and helped save the sport of MMA, is a huge fan favorite everywhere the UFC goes. When he came out to punk band The Dropkick Murphys, the crowd erupted.

When the fight was over, their roles were reversed. Silva was bathing in the crowds love, cheered even as he carried on in an unintelligible stream of Portuguese. Griffin didn’t stick around to do the traditional post-fight interview. As he slunk out of the ring and departed for the back, appearing very much like a scolded child, the fans booed wildly. Such was the power of Silva’s showing. After lackluster performances in his last two fights, the fighter UFC President Dana White has called the best pound for pound fighter in the world, was back in the crowd’s good graces.