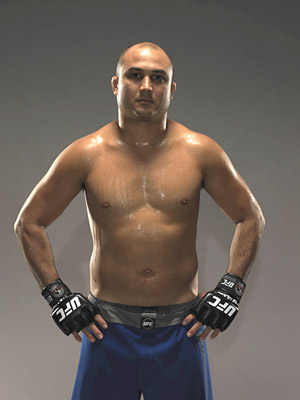 Apparently losing to the best fighter in the world, the much bigger Georges St. Pierre, didn't automatically make B.J. Penn washed up. He waited for three rounds, hanging around on the fence and occasionally punching his opponent Kenny Florian in the face.

And then, out of nowhere, he decided to finish the fight. Florian had been trying in vain to take Penn down all fight long. B.J. was successful on his first takedown attempt and almost immediately passed to full mount. From there it was academic. Florian is a black belt in Jiu Jitsu. Penn is a prodigy, a Gracie black belt who was tapping out Ralph Gracie when he was a teenager.

Penn's next defense will be against Diego Sanchez. It will be a very different fight. Sanchez, whatever his flaws, will push B.J. Penn the whole fight, however long it lasts.