Share All sharing options for: A Real Life Babyface 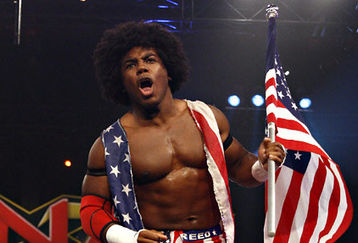 A legitimate good guy in wrestling? A true life hero, helping kids with autism find their place in this world? After all the murder death kills and rampant drug overdoses and deviance: isn't it nice to have a real life babyface like "Consequences Creed?

Soon after, TNA sent him a contract to join the organization, but he was hesitant. Creed had developed a passion for child psychology -- especially working with autism -- and told TNA he wanted to finish his degree before going pro.

TNA agreed and kept the offer open until after he graduated with two bachelor's degrees in psychology and philosophy last May, Creed said. In fact, he has been impressed with the organization's commitment to its performers' quality of life beyond wrestling.

"We're not just tissues that they pull up from the top and then throw away," Creed said.

Creed will even pursue a master's degree in child psychology before the end of the year.