Brent Albright: Blood Clot the Size of a Golf Ball in His Leg

Share All sharing options for: Brent Albright: Blood Clot the Size of a Golf Ball in His Leg 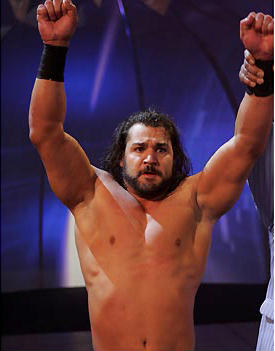 Brent Albright, a former NWA World Heavyweight Champion and WWE Superstar under the nome de plume Gunner Scott, has a problem. While wrestlers can tough out all manner of injuries, this was one Albright couldn't ignore.

August 5th: Brent Albright is scheduled to undergo surgery tomorrow to remove a blood clot in his calf. Albright was deemed to have suffered a moderate calf contusion after Night Two of Death Before Dishonor VII in Toronto, was given a prescription and was medically cleared to travel. Swelling and pain in the leg has increased exponentially since then and yesterday he was diagnosed as having a mass of coagulated blood "the size of a golf ball" in his leg. The mass can potentially break apart causing other blood clots, which if left untreated could be a much greater danger. Doctors surmise that the contusion suffered in Toronto was much worse than originally thought, with a fast and substantial amount of internal bleeding, which in turn caused the clot to form. Albright has pledged that he will not miss the ROH on HDNet Television Tapings on 8/14 and 8/15 and his chance to end his feud with Claudio Castagnoli. More on this as it develops.

Albright is supposed to face Claudio Castagnoli in a cage match at the ROH TV tapings on August 14.