Share All sharing options for: Watch Wrestling With Shadows Online 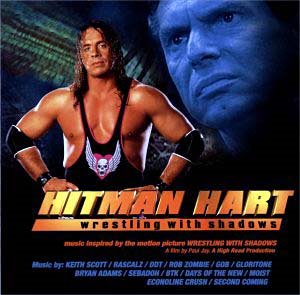 If you've never seen Wrestling With Shadows, it's probably the greatest documentary ever made about professional wrestling. A Canadian camera crew followed Bret Hart for a year from 1996-1997 and was given unprecedented access backstage to the then-WWF. They thought Bret would be retiring or heading to WCW at the end of their year of filming. What they didn't know was that they would be capturing on film the most notorious and monumental real-life screw job in professional wrestling history, and the event that ultimately led to the death of kayfabe and the birth of professional wrestling as sports entertainment.

I urge anyone who has not seen this film to check it out here: http://www.nfb.ca/film/hitman_hart_wrestling_with_shadows/