Randy Savage shoved a steak down his pants

Share All sharing options for: Randy Savage shoved a steak down his pants 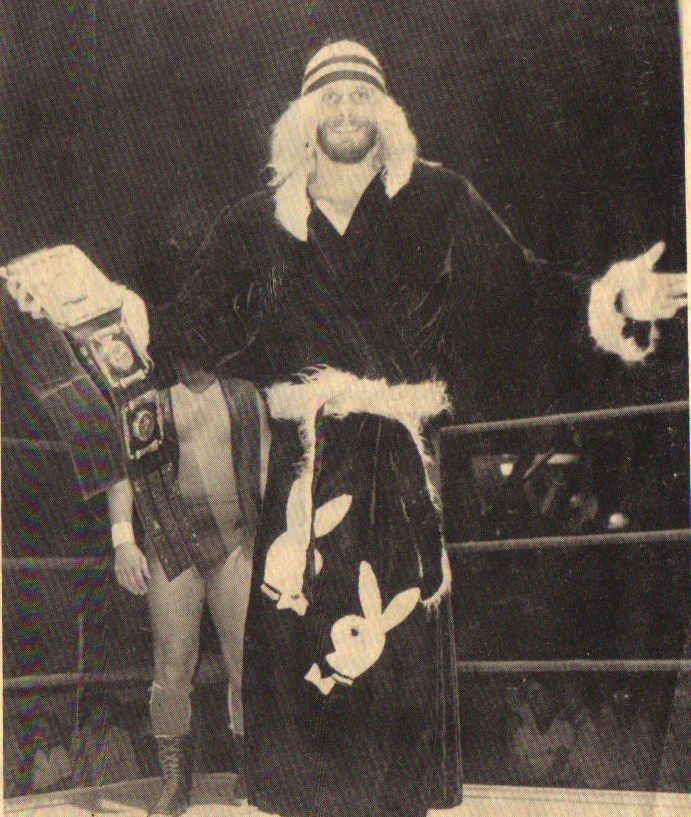 I haven't been keeping up with former USWA referee/manager Scott Bowden's Kentucky Fried Rasslin columns like I should have, but he's posted some great stuff recently, including a great column about Randy Savage's early career, the highlight of which is:

Savage and his rival Garvin (then nicknamed the "One Man Gang"…years before ICW wrestler Crusher Broomfield would use the same moniker as a headliner in the UWF and WWF) often cut televised shoot-like promos on each other, more than a decade before those type of interviews became almost the norm in ECW and WCW. For example, when Savage’s shoplifting arrest for attempting to walk out of a Kentucky supermarket with a steak stuffed down his jeans made the local newspaper, Garvin brought out the clipping on the show to humiliate the so-called heavyweight champion of the world.

If anyone is able to Photoshop a steak into a pic of Savage digging a foreign object out of his trunks from when he won the Intercontinental title, they will be my hero.

Lots of good stuff including some columns about Tampa mayoral candidate Austin Idol at KentuckyFriedWrestling.com.