Poll: Who Will WWE Release Next?

Share All sharing options for: Poll: Who Will WWE Release Next? 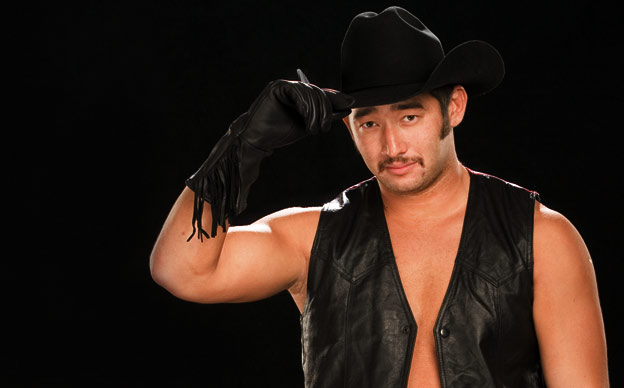 It's that time of year again. WWE has re-signed some old names like Eugene and Chris Masters and has released what many considered a promising talent in Brian Kendrick following an aborted push and lackluster few months. Many are curious as to who may be next on the WWE's chopping block. Poll and rundown of likely candidates follows the jump.

Here are the likely candidates as I see them:

Jimmy Wang Yang: Several years ago, Vince thought it would be hilarious to have an Asian cowboy in the wake of the Brokeback Mountain Oscar buzz. Now Jimmy hasn't been seen on TV in months. Given how stacked Smackdown is with comedy faces between R-Truth's new character Pretty Ricky and perennial comedy pop Kung Fu Naki, things aren't looking good for this good ol' boy.

Curt Hawkins: My money's on this guy. Formerly one half of Edge's look-alike lackeys, Hawkins has not been seen onscreen since the last draft split him apart from Zack Ryder. In the meantime, Ryder's been repackaged and onscreen every single week on ECW and a few episodes of Superstars, and is getting over like mad, particularly with the online community. I'm honestly surprised Hawkins hasn't been released yet. If this article somehow reminds WWE that he's still on the payroll and he gets fired as a result, my bad, Curt. I owe you a Coke.

Jesse: He's been paired with Cryme Tyme lately as a comedy wanna-be white gangsta. There's no way he can sustain any sort of interest in this limited one-note role, particularly if he is consistently being made a fool of.

Festus: Since moving to Raw, he has been seen precisely once: coming out of a bathroom stall after taking a crap and handing a newspaper to Vince McMahon. That's not normally the type of thing a wrestler is asked to do if the company has long-term plans for them, unless of course your name is Goldust or Big Show.

Ricky Ortiz: He's been largely lost in the mix on Smackdown, after not really being that visible on ECW. It reminds me a lot of what happened to Deuce/Sim Snuka (or was that Domino?) before he was let go. All Ricky needs is to fail to catch a legend on a dive and that'll be all she wrote.

What are your thoughts? Let us hear it in the comments!