Share All sharing options for: WWE wants your feedback on potential DVD releases 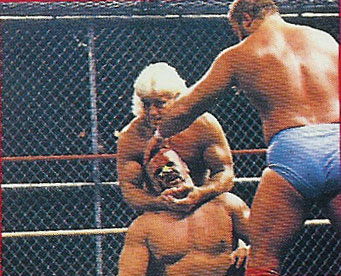 As long as you say that you've bought WWE DVDs in the last year, you can take this survey about what you want to see released by WWE Home Video in the near future.

In addition to answering a question that allows you to give your own idea for a specific DVD release, you can indicate your interest level in:

If you don't vote favorably for the Wargames set (By the way, what did they mean by submit or surrender? They kinda mean the same thing), then there is something very wrong with you.