The Problem of Co-Promotion

Share All sharing options for: The Problem of Co-Promotion 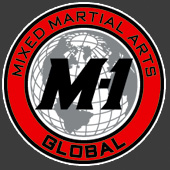 Co-promotion has been the sticking point for M-1 Global in their negotiations with the UFC for the services of Fedor Emelianenko. I couldn't get a good answer yesterday about what exactly that entailed. Thanks to MMA Fanhouse, in an exclusive interview with M-1's Jerry Millen, now we know.

Going back to co-promotion, so you're saying co-promotion for M-1 means a 50/50 investment between the two parties?

Yeah, yeah. You sit down with the hard numbers. What's the fight purses? What's the venue? What's the advertising budget? Travel, food, throw it all in a pot, split it down the middle, and at the end of the event if the ink is black and there's a profit, split the profit, and if the ink is red, then just split the loss.

I have it on good authority that this would never happen. How could it. What would M-1 bring to the table that could make them equal partners in a UFC event? If that is really their position, this is a contract that will never be signed.