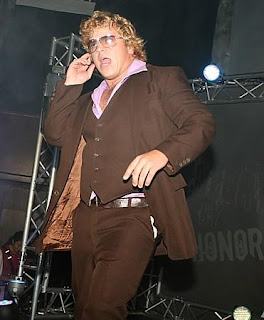 Rumor has it that Larry Sweeney, who many consider to be the best manager working in wrestling, was checked into a hospital this past week. He was scheduled to be released this past Tuesday, and is now said to be back on his meds for bipolar disorder. Sweeney was released from ROH a few months ago for erratic behavior backstage, and responded by posting on his Myspace page that he had quit taking his meds a while back. Hopefully this leads to ROH bringing him back.