Notes From The Observer: Lashley to Get Big Push

Share All sharing options for: Notes From The Observer: Lashley to Get Big Push 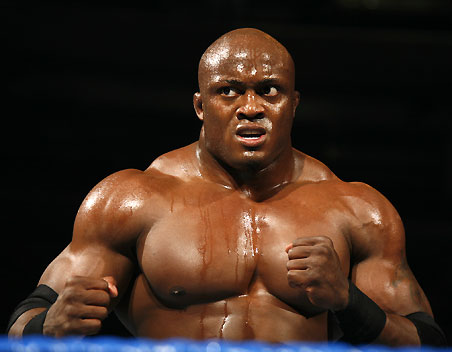 The Wrestling Observer is reporting that Bobby Lashley is the next TNA star to get the enormous "Joe/Sting/Angle" level push.

The goal is to build Lashley up and then really go hard on the Lesnar challenge. He’ll be pushed as both a wrestling and MMA star. He was quiet backstage. The jury was out on him because of the feeling he was pushed to the moon in WWE and really never got out of the Earth’s atmosphere.

The problem with Lashley has been his inability to get over to the level of his push. In the WWE, he was pushed like a top guy, even getting the coveted spot at Wrestlemania with Donald Trump, but never got over much above the midcard level. So far, the fans in TNA have responded to him like he was a legitimate star. But the reaction of the hardcore TNA fans never quite seems to match the reaction of the population at large.

There is talk of using him to do a grandstand challenge of Brock Lesnar. That would be interesting television, especially as both TNA and UFC are on SPIKE.