Share All sharing options for: Austin Aries: "You Need That Special Aura" 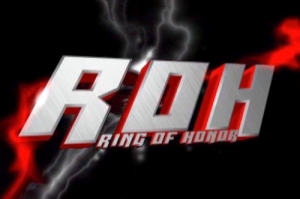 On June 13th, Austin Aries became just the 12th ROH Champion in the company's seven year existence. To many of wrestling's hardcore fans, it's been this strengthening of the title, the emphasis that being champion is something special, that has helped contribute to the company's success. Aries talked titles and more with SLAM!Sports. Money shot?

"We are a new company and as a new company, when you start the lineage of your title you want to keep that as strong and important as you can. It should be what everyone is striving for. There will always be personal issues and other storylines going on behind the scenes. Those other factors play in but everyone should be striving to be champion. The difference between ROH and other companies, a month for us is like two weeks for them because they are putting on more shows and are more visible. I like the fact that our belt has meaning, that being #1 contender has meaning. The guys work hard just to get there much less get a shot at the belt. You need that special aura and it is something that helps the company, and helps people strive to be the champion."