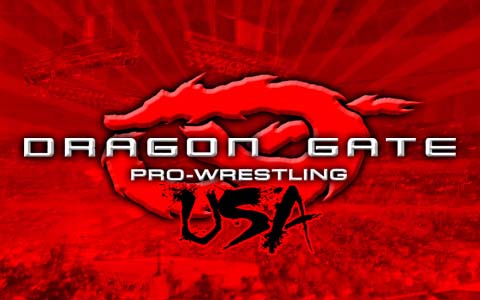 On September 6th, Japanese promotion Dragon Gate will hold its second-ever event for its American imprint, Dragon Gate USA, in Chicago Illinois. The cleverly-titled "Open the Untouchable Gate" will feature a doozy of a double main event:

A double main event has been signed for DGUSA "Open The Untouchable Gate" in Chicago at the historic Congress Theater on September 6th. Main Event #1 will pit Open The Dream Gate Champion Naruki Doi vs. Bryan Danielson. We have not received word on if the title will be at stake. The reason for this match is simple. Doi has emerged as the "ace" of Dragon Gate in Japan this year. He showed last Saturday in Philadelphia why he is the man to beat in DGUSA. Doi now wants to cement his reputation in the United States. Doi knows the only way to do that is to defeat the man that is called "The Best In The World." Now Chicago will see Dragon Gate's Champion take on the top athlete America has to offer. Doi vs. Danielson is set for Chicago!!!

Main Event #2 in Chicago will see Shingo vs. Davey Richards. 'Nuff said. Tickets for 9/6 in Chi-town are now on sale in the DGUSA.tv Store.