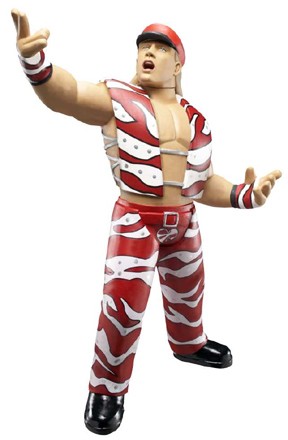 The arbitrator decided yesterday that Jakks Pacific was only entitled to 6 percent of th enet sales of THQ WWE video games, not the 10 percent they had been expecting.

Wedbush Morgan Securities analyst Edward Woo said though the news was not entirely unexpected, it would hurt the company.

"This is going to be big news so they are likely to adjust their guidance, lower it , because their income is going to go down by about 15 cents a year," Woo said.

The binding arbitration will result in Jakks' JV partner THQ Inc having to pay it only about $34 million on account of the preferred return for the period from July 1, 2006, through March 31, 2009, Jakks said.

Jakks said it will reduce its receivables from THQ by the difference in the preferred return payment rate, or about $22.5 million, and take a related non-cash charge in the second quarter.

I know a surefire way to make that money back: Randy "Machoman" Savage action figures. Make it happen Jakks.