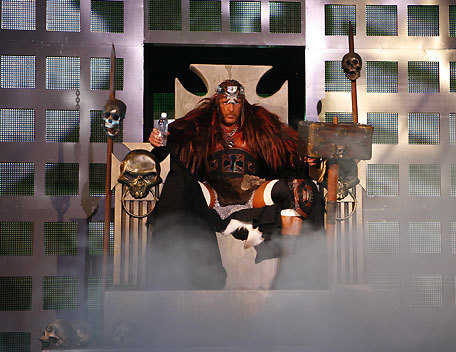 After RAW went off the air, the locker room came out to wish their future boss HHH a happy birthday. It was all smiles and fun, kind of like how the Rock would sing with the audience or Stone Cold would down some brews. Only lamer.

The shenanigans after the break.


The entire locker room emptied out throughout the arena floor, attempting to catch HHH and force him back into the ring area. Eventually Vince McMahon came out and threatened to sing Happy Birthday until HHH came out. HHH's music played, and he peered out from around the back area, covered in cake already. He walked towards ringside, and thanked the crowd while wrestlers surrounded him, all holding mini cakes to smash in his face. HHH joked that his only concern was that Mark Henry would eat him once he was covered in cake.